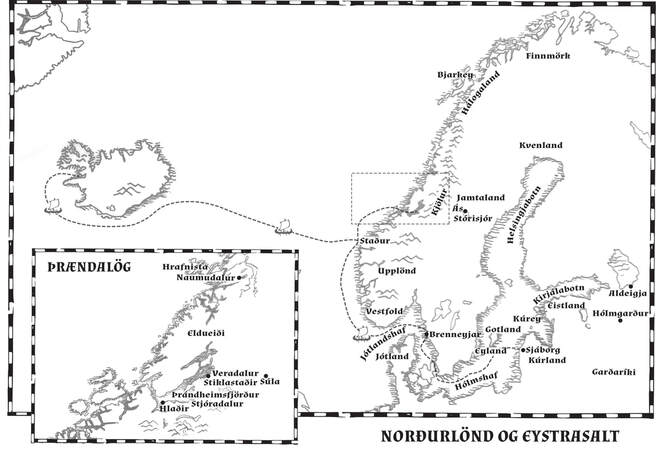 The year is 901, the place, Iceland, newly settled by Nordic Vikings.

Thorgerd Thorsteinsdottir gave birth to twins barely a grown-up herself, but she had to wait a long time to have the child she had most yearned for, Thorkatla. All the more tragic are the events following the Assembly, when the little girl is seven years old - events no one can understand. Thorgerd chooses to seek support from the Norns who decide the fates of men under Yggdrasil, ​the Tree of Life, rather than from the White Christ of her grandmother, Aud the Deep-Minded, and the quest for truth leads her to setting sail from Iceland, east across the ocean, and eventually, on a seeress‘s  journey into the Underworld and the Realms of the Dead.
​
Under Yggdrasil is a gripping novel inspired by the Icelandic Sagas, as was Vilborg Davidsdottir’s acclaimed trilogy of novels on Aud the Deep-Minded, the first of which was nominated for the Icelandic Prize for Literature. Davidsdottir’s historical novels have been tremendously popular over the last decades, especially as they throw a new and unexpected light on the lives of women in the Viking Age.

Novels by Vilborg Davíðsdóttir have been translated into Faroese, German, English and Arabic.