The Saga of Aud the Deep-minded 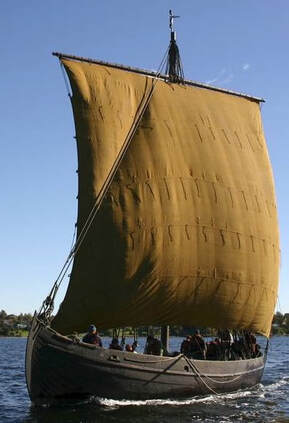 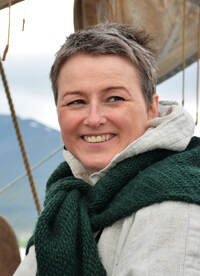 Vilborg Davíðsdóttir, an Icelandic writer with background in journalism and ethnology, is the author of a trilogy of novels about the life of this amazing woman. The books, titled Aud the Deep-Minded (Auður), Crimson Skies (Vígroði) and Ocean Road (Blóðug jörð), have been tremendously popular, especially as they throw a new and unexpected light on the fate and conditions of women in the Viking Age.

Davíðsdóttir has published nine novels, as well as a compelling memoir, critically acclaimed for her thorough research of historical sources, crisp and clear language, a flowing narrative style and fast-paced and intricately woven plots. ​​

​Her latest novel, Under Yggdrasil, inspired also by the Icelandic Sagas, was published on
​October 27th 2020. It is nominated to Iceland's literary prize for women, Fjöruverðlaunin, in 2021.

Here you can listen to an interview with Vilborg, in a podcast made by the Irish composer Linda Buckley and producer Helen Shaw. The interview was broadcast in January 2020 on RTÉ Lyric FM (Ireland's National Radio Media Service).

And here you can read an interview with Vilborg, published at the site of the Icelandic Literature Center, about the trilogy. 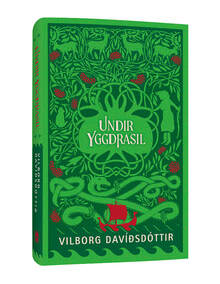